Belonging by definition is one of humanities basic needs, it runs much deeper than a location, and is often a feeling.

Last year, Blueprint for All commissioned ground-breaking research with over 500 young adults on how they define themselves and their sense of belonging. This was launched at a particularly a pertinent time in the UK, following a year of deep reflection from all corners of UK society, due to the catalyst for change began by the murder of George Floyd.

The purpose of the research was to understand what young adults think about the language used to describe their Ethnic Heritage, and how cultural and racial descriptors make them feel. The survey revealed that the majority are uncomfortable with a range of terms commonly used.

The word ‘diverse’ means just that. That is why young people are rejecting being lumped into acronyms such as BAME* which doesn’t help them to define their ethnic heritage. In a society still dominated by white voices, it is both understandable and critical that young people are able to self-define. One glaring example is the word ‘African’ which is used to describe 1.38 billion people across 54 countries. This has been happening for generations. Sadly, little has changed over time.

The ’We Belong Here’ report gave young people the chance to be part of the conversation revolving around identity, race, and belonging, get up to date on the conversations that they have contributed to by reading our report.

You know there is something for me about black history month becoming simply history, I hope beyond this month we can continue the conversation of how we can bring inclusion to life.

Blueprint for All work to create fair society where talent is nurtured and respected, that is as part of the celebrations we worked with some of our partners to test out our routemaps. These are built to spark conversations in a safe place about the working environment and how the landscape of the companies they work can become more inclusive.

Shanice, an artiste that has worked with us previous on projects such as Connecting People and Places attended our event, to where she created visual minutes. The art piece explores the common themes of the day and notes

“We all come from a different place but with the same goal.” 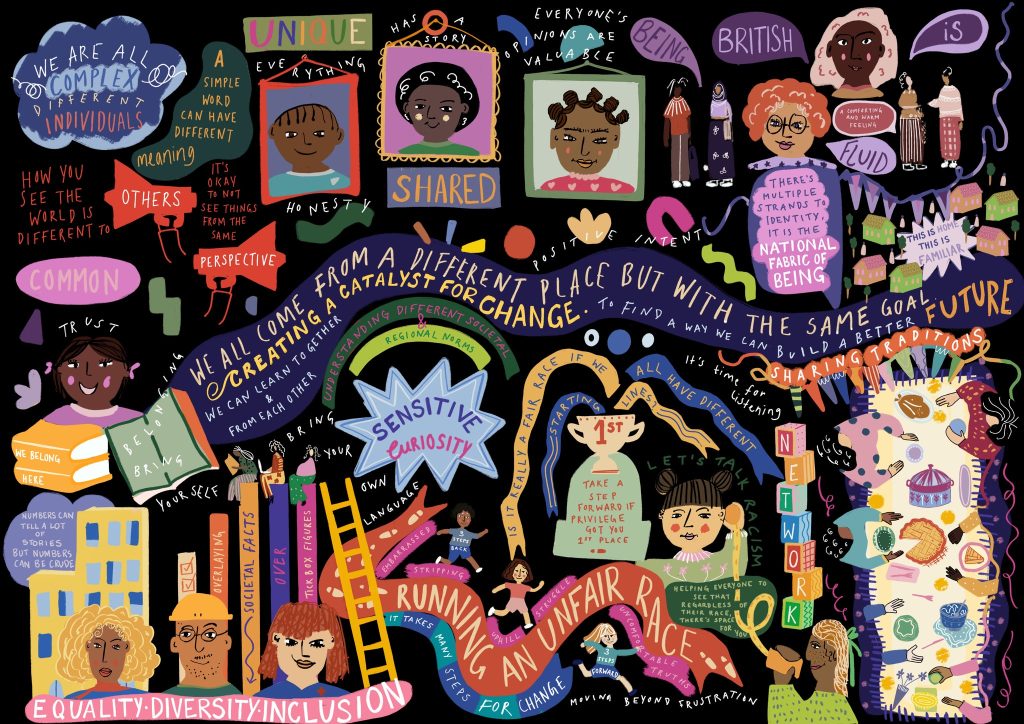 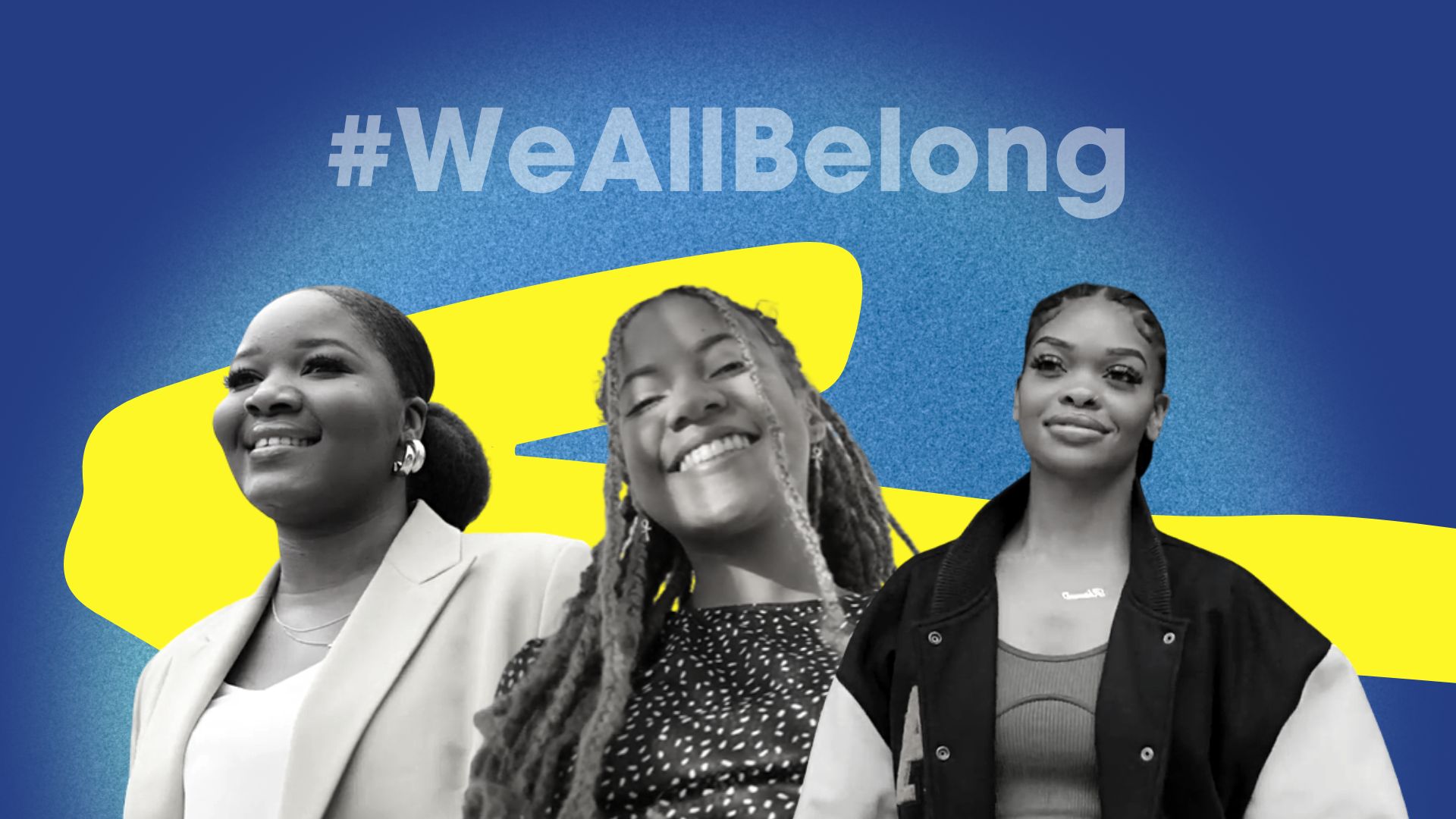 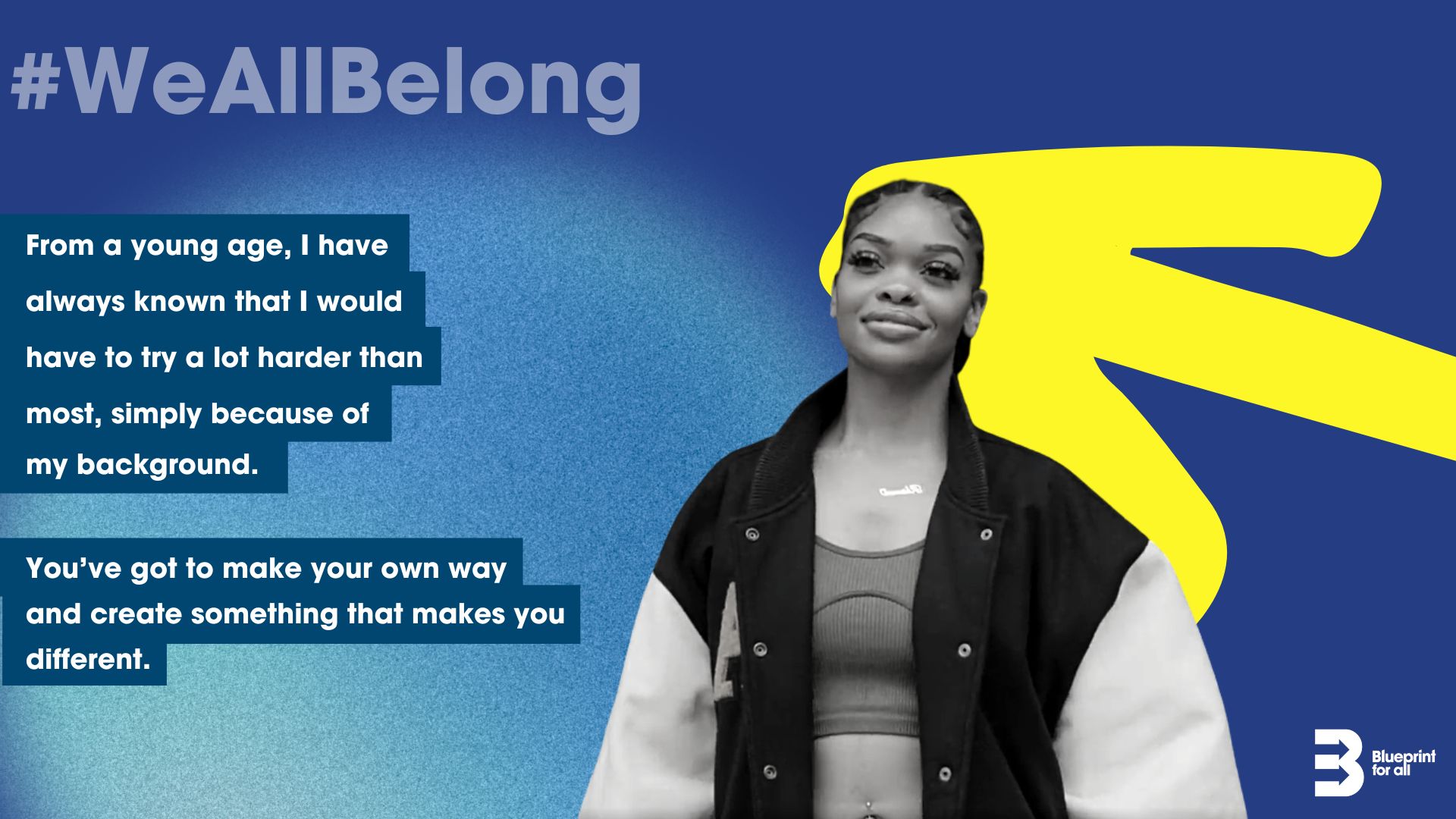 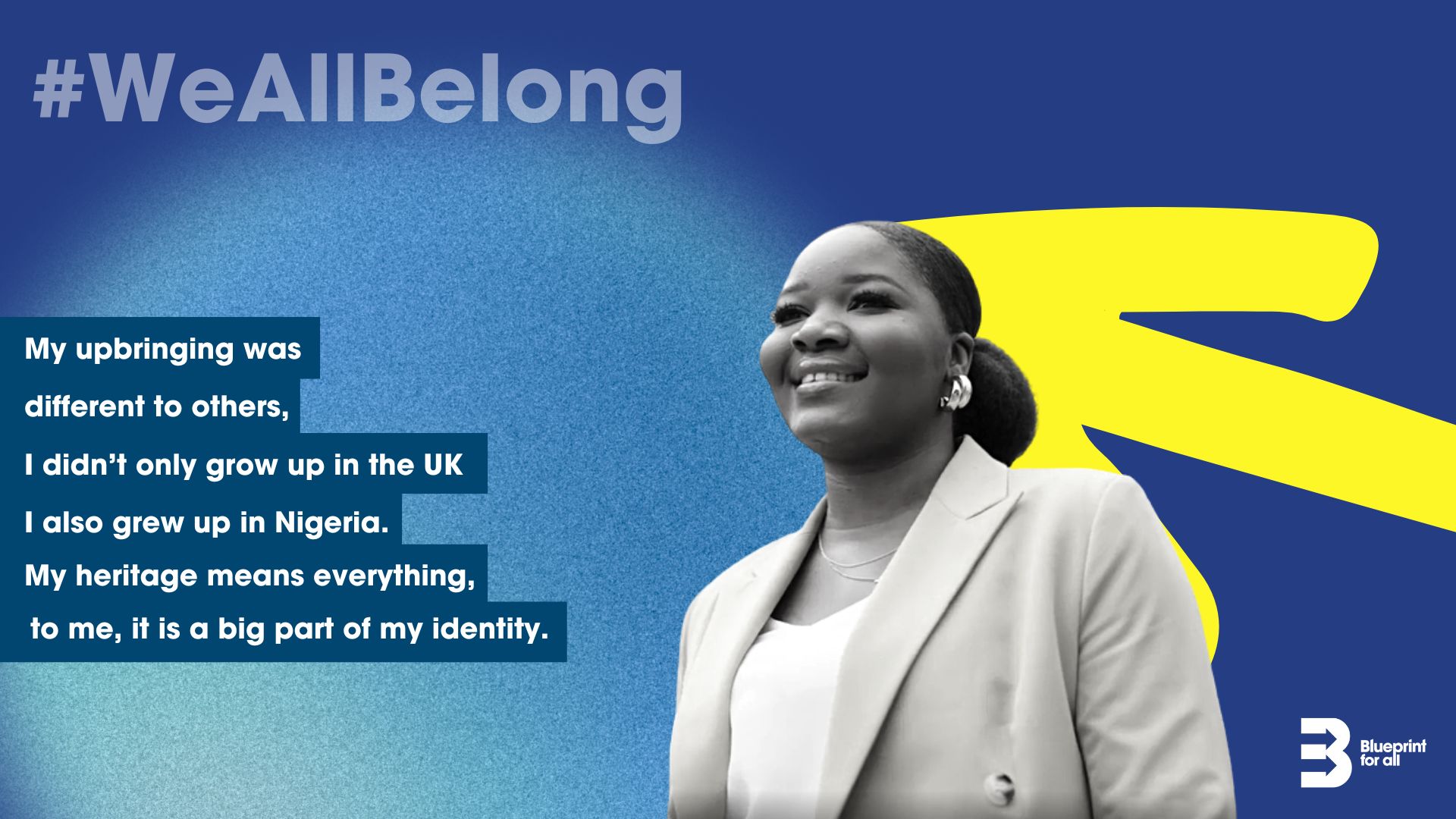 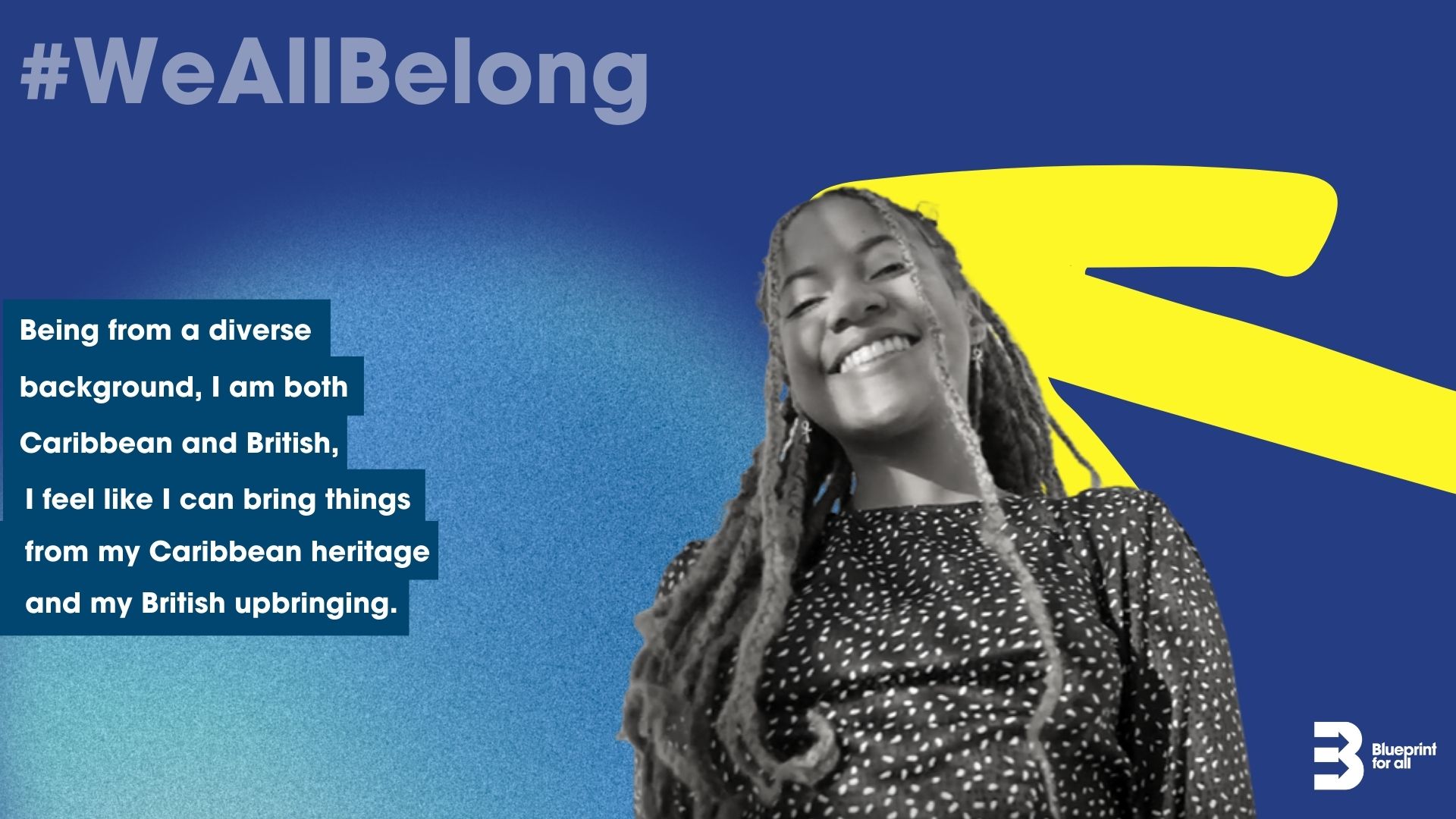